Our team is comprised of experienced trainers 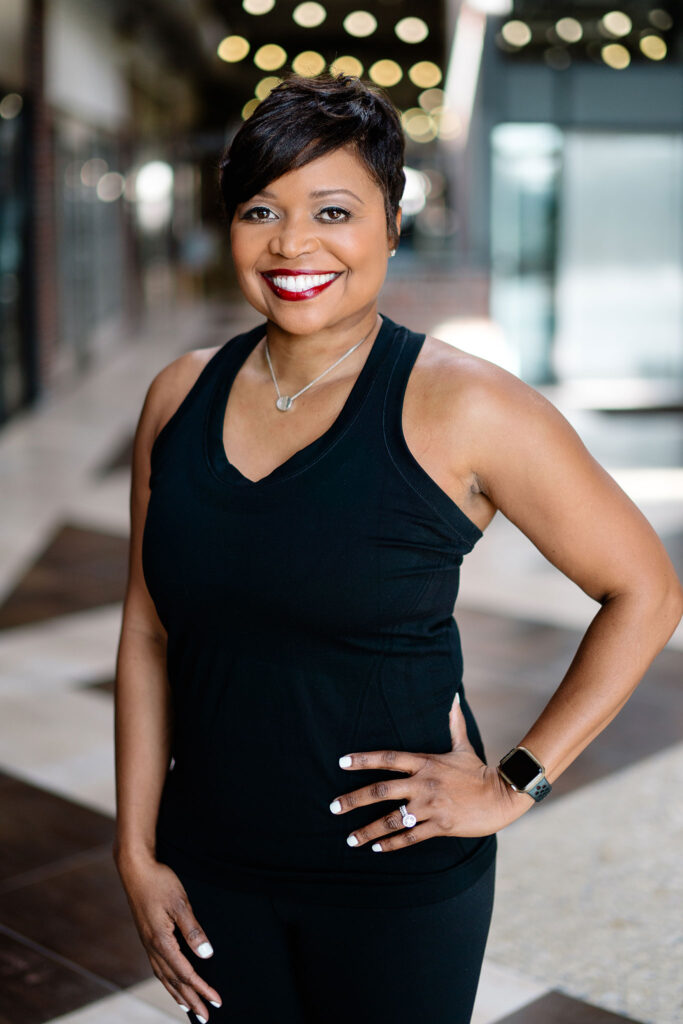 After having a child in 2002, Kisha began practicing Pilates as a way of getting back to her pre-pregnancy body. Within months, she was hooked, and it quickly became her obsession. In 2014, when she was laid off, Kisha decided it was time to follow her passion, and began her teacher training program. Upon completing the 500 hour comprehensive training, she began working at several studios in the metro area as a way to learn, which has made her a well rounded instructor. Kisha is also a Barre Intensity Certified instructor. 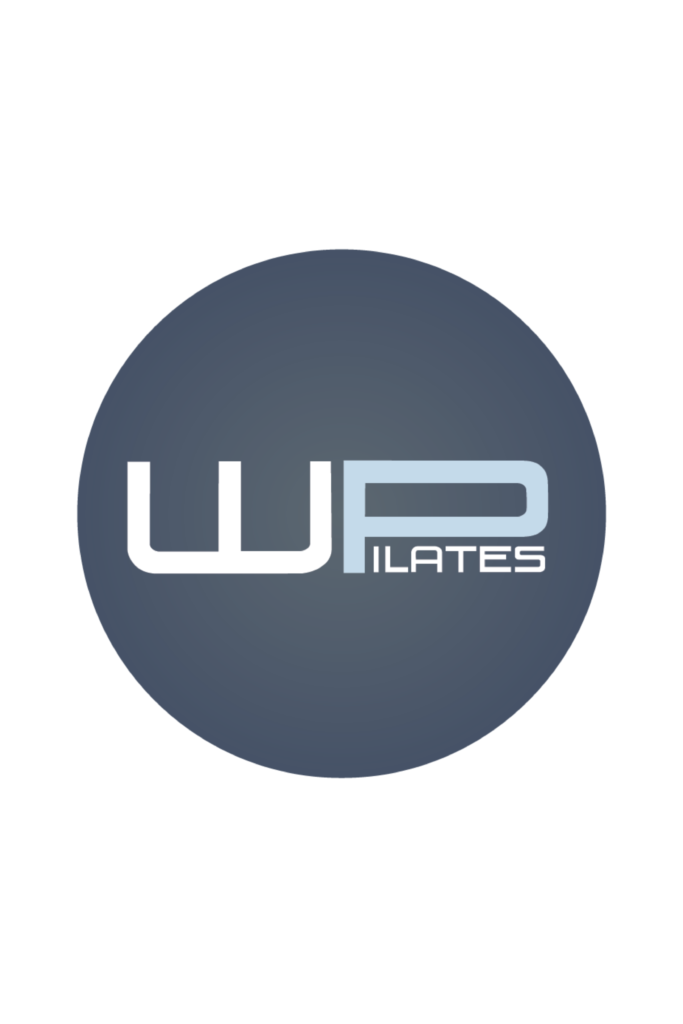 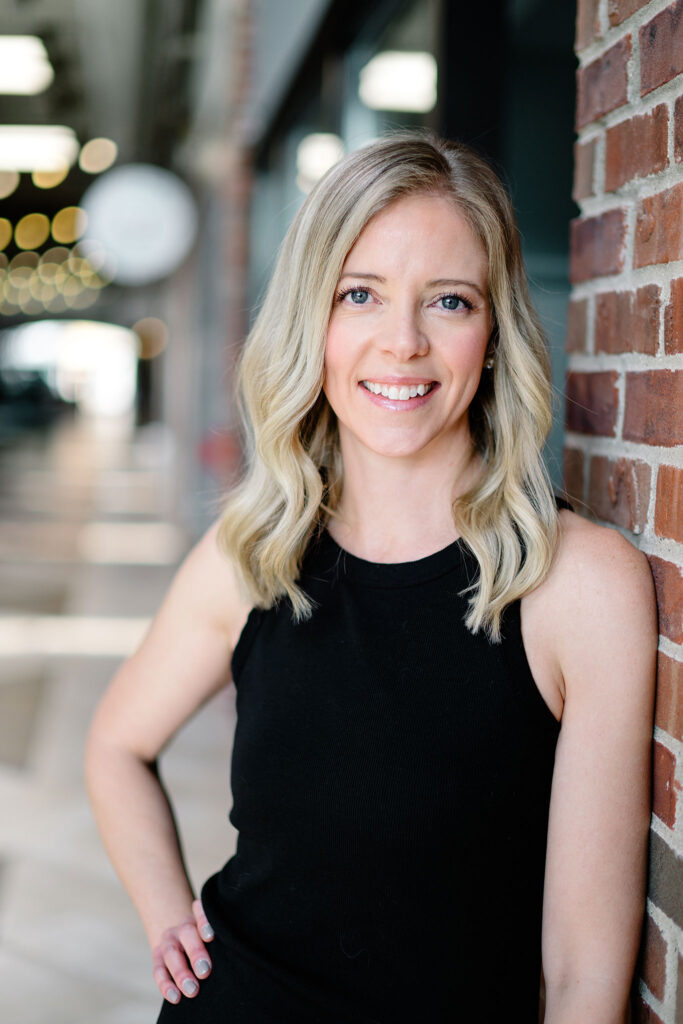 Ashley found Pilates after searching for a form of exercise she actually enjoyed after having her 3rd son. She tried Warehouse Pilates only a couple weeks after they opened for business in 2016 and it didn’t take long for her to realize how beneficial Pilates was for her body, but also her mind. She has been a regular around Warehouse Pilates ever since. Ashley loves being a part of the studio that made her fall in love with this method of movement.

Ashley was certified at Warehouse Pilates in 2020 and loves teaching a creative, challenging class. 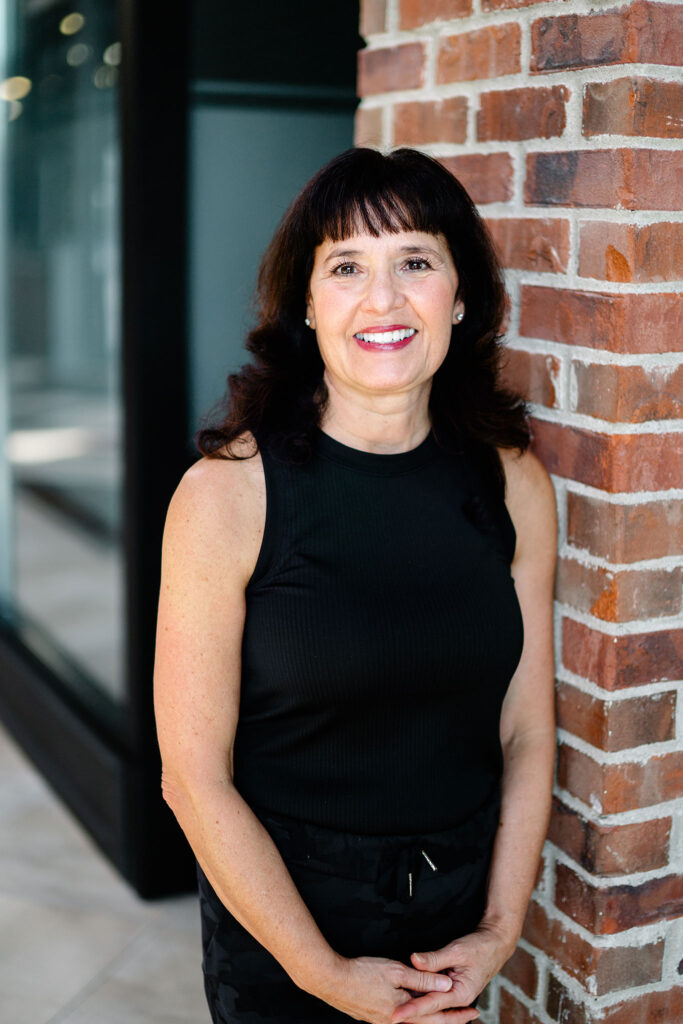 In 2016, Caroline enrolled in a Pilates mat class taught by our very own, Brenda Freeman. Ever since that class, Caroline has been hooked.  She loves how Pilates keeps her strong and she is looking forward to teaching others and helping them to stay strong and to keep them moving. 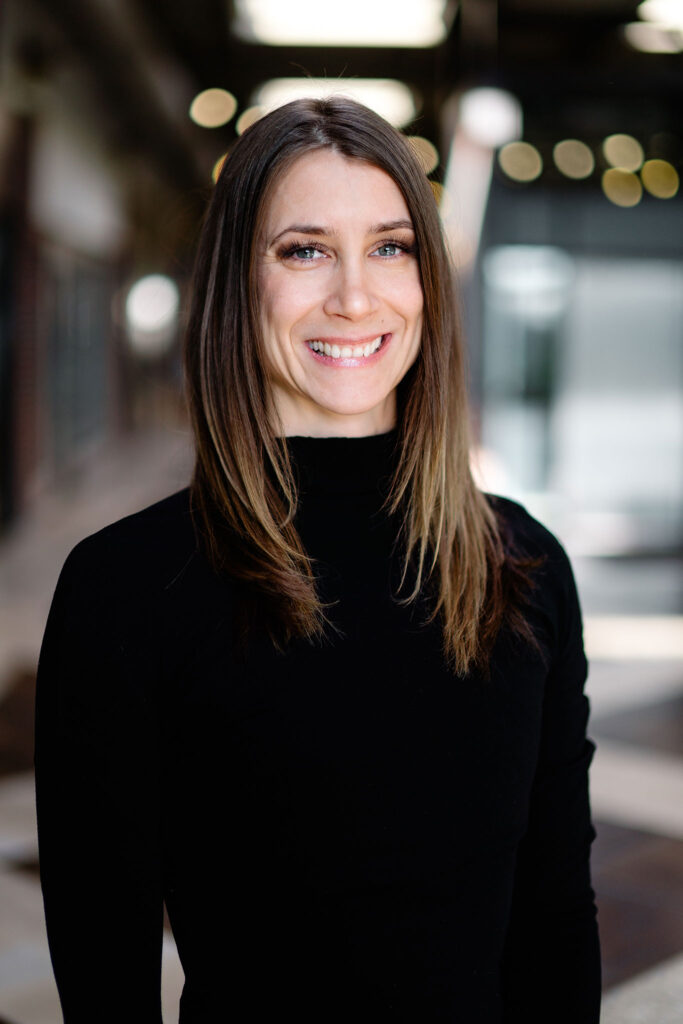 Brittany discovered Pilates in 2014, while in search of a way to gain core strength and reverse the negative effects of her desk job… she was immediately hooked. In 2017, she began a 450 hour comprehensive Pilates Instructor training program and was able to be trained by her own mentors at Warehouse Pilates. This helped groom her into a well-rounded, creative instructor with an ability to design workouts that are both fun and challenging for all levels. Brittany is a firm believer in the mind, body, and soul connection and takes great satisfaction in helping clients translate this into their everyday lives. 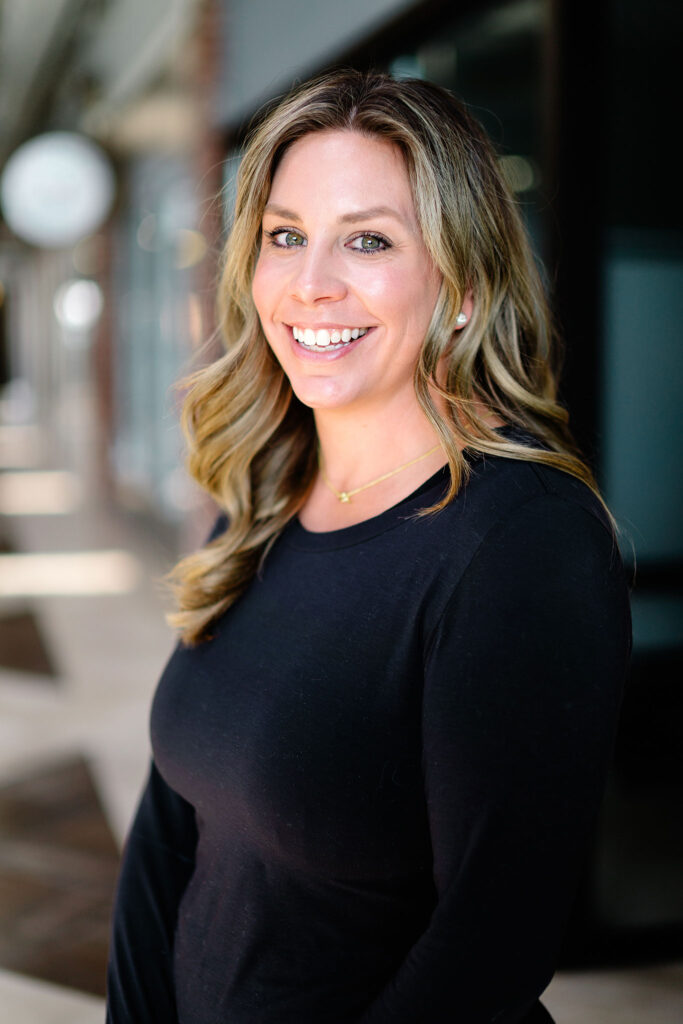 Lauren discovered Pilates in 2015 and immediately fell in love. Growing up an athlete, she desired an active lifestyle. Once she completed her bachelor’s degree and transitioned to a corporate job, she was looking for something that provided a challenge, yet was maintainable. Pilates not only helped Lauren find the work out she was craving, but it also became a form of stress relief from the demands of corporate life.  Recently, a new mom, Lauren decided to leave corporate life and follow her passion for Pilates! 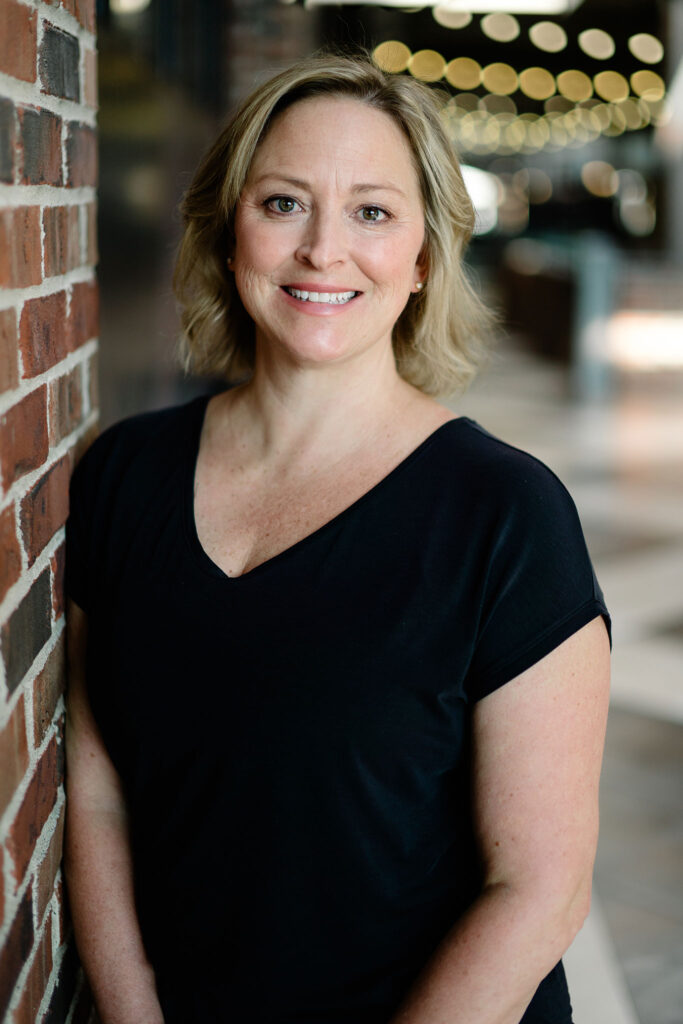 Jill is a US Air Force veteran, a wife and a mom to three boys. Jill is also a true believer in pilates and its ability to heal and transform. After 3 c-sections within 4 years left her with chronic lower back pain, Jill found that the traditional workout choices of high impact aerobics were only making the situation worse. She turned to Pilates to strengthen her core. The focus on core strength improved the situation within weeks and she has never looked back! Jill feels that the mental focus, discipline, and strength that pilates demands reminds her of her college days as a springboard diver. She also appreciates the many cross-training benefits it brings to other sports and everyday activities and loves to share those benefits with clients. 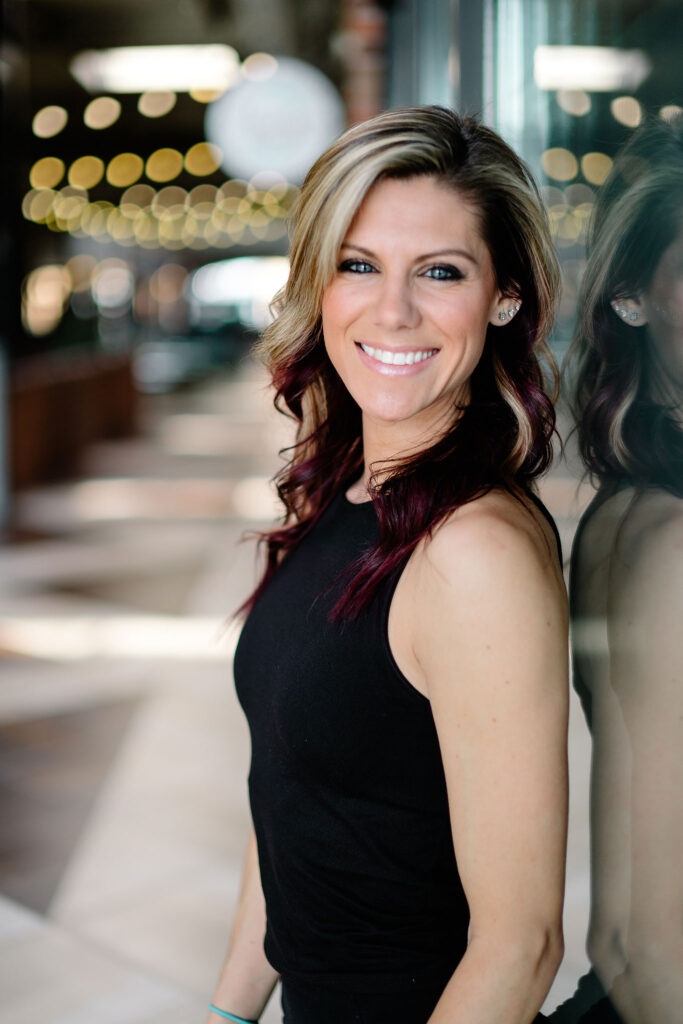 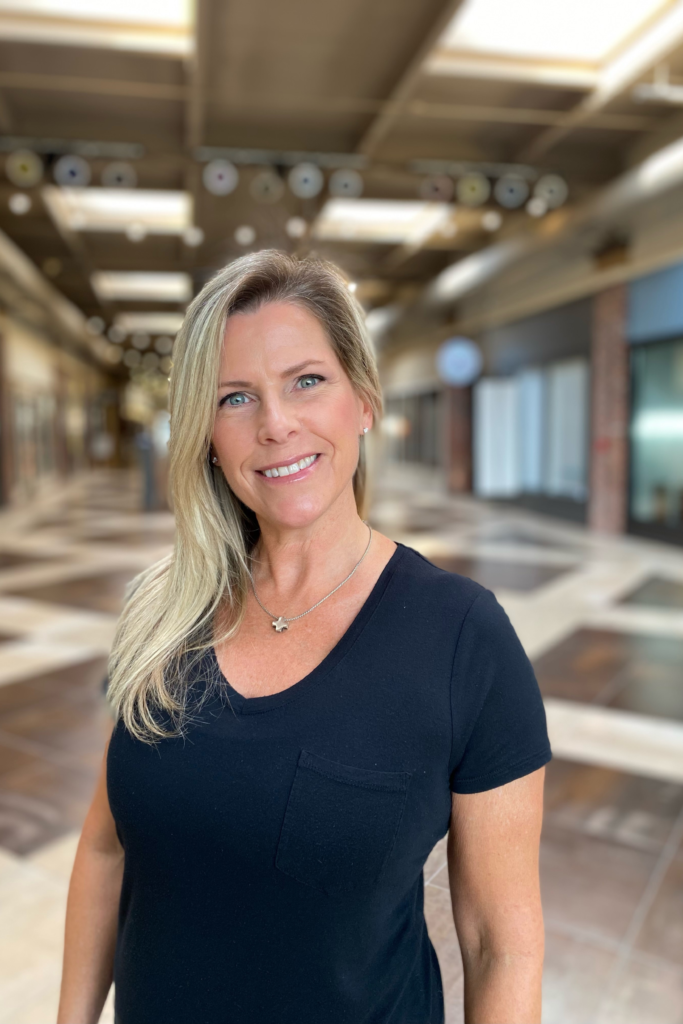 Instructor
Canadian transplant to Ann Arbor 22 years ago, Charlene arrives to the Pilates world with degrees in Nursing and Education from the University of Windsor. After raising 3 daughters, she embarked on a year long comprehensive Stott training program at the well respected Equilibrium Studio in West Bloomfield, Michigan.
“Pilates has really opened me up to a world of functional movement & mind/body connection. The deeper I lean into the Stott Pilates repertoire the more I experience how it strengthens my body, prevents injury & promotes greater flexibility to do the things that I love. Teaching has become the ideal platform for me to share what I have learned and currently practice on a daily basis. My goal is to provide safe, challenging, effective and exciting programming to each and every client that I have the privilege to teach.” 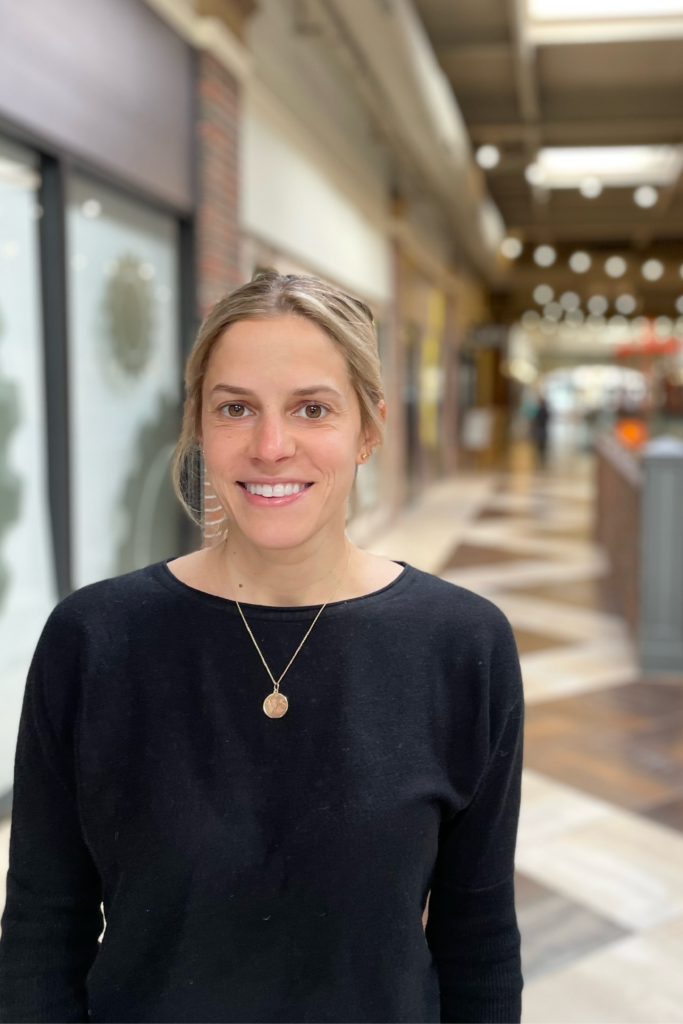 Instructor
Jessica began her Pilates practice years ago as a supplement to her normal cardio and weight lifting routine. It created a unique feeling of mental and physical balance in ways other workouts did not achieve. She wanted to spread the benefits with others and went on to complete her certification in 2018, adding additional training in 2020. She loves the ability to share this method and to challenge clients to become stronger, healthier, and happier as their own Pilates practice grows. 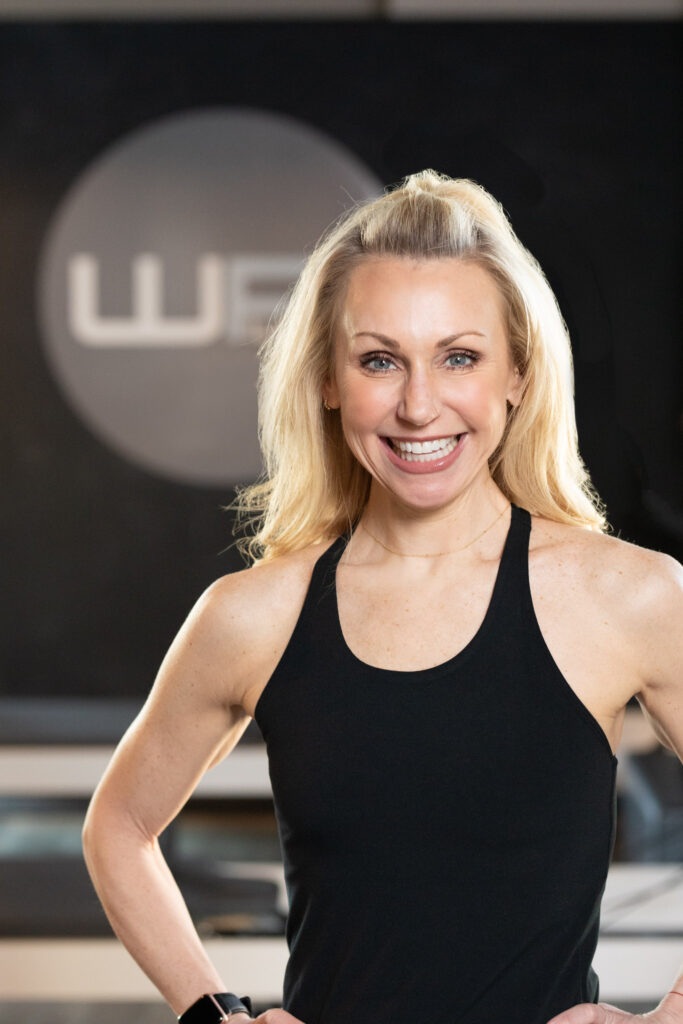 Michelle’s interest in fitness was inspired by 15+ years of ballet practice and a love of dance that followed her into adulthood. She has been a AFAA certified group fitness teacher, including cycling, since 1991, and became a student of Lotte Berk inspired exercise in 2004. Over the course of becoming a certified Pilates reformer/equipment teacher, she gained an abundance of knowledge in both anatomy and the study of mechanics of body movements. With Michelle’s rich history in choreography and fitness instruction combined with her extensive background in anatomy and kinesiology, owning a Dailey Method seemed to be a natural fit . Her experience marries well with Warehouse Pilates approach toward exercise and fitness. Michelle has numerous certificates in exercise and nutrition and is always searching to learn more. In her spare time Michelle enjoys spending time with her daughter and husband. When they aren’t around to entertain, bourbon and bravo tv make a great stand in. 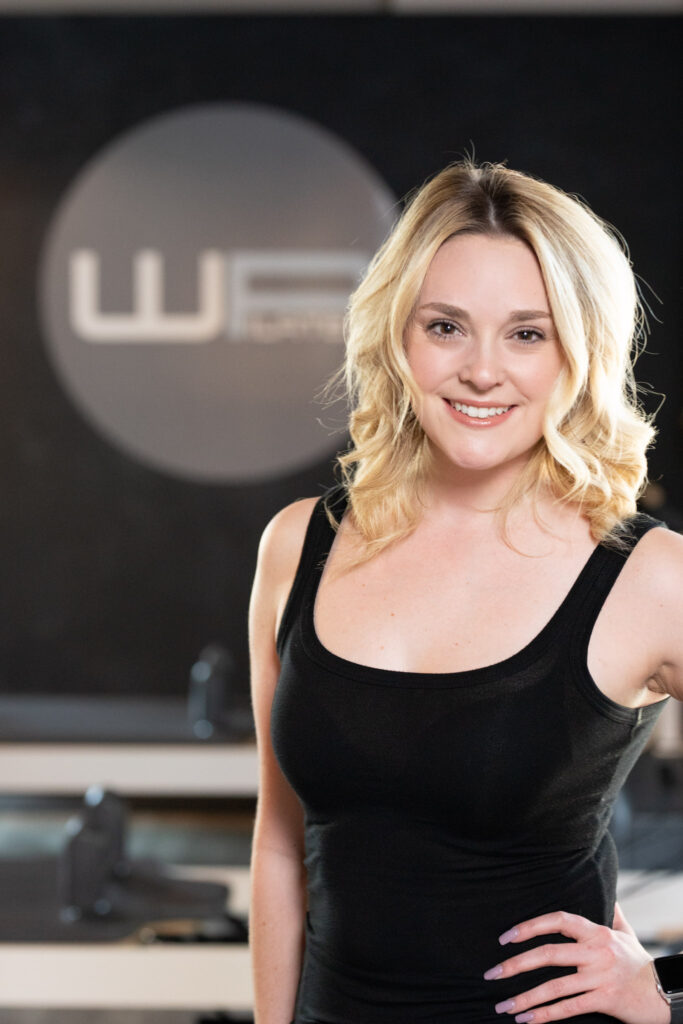 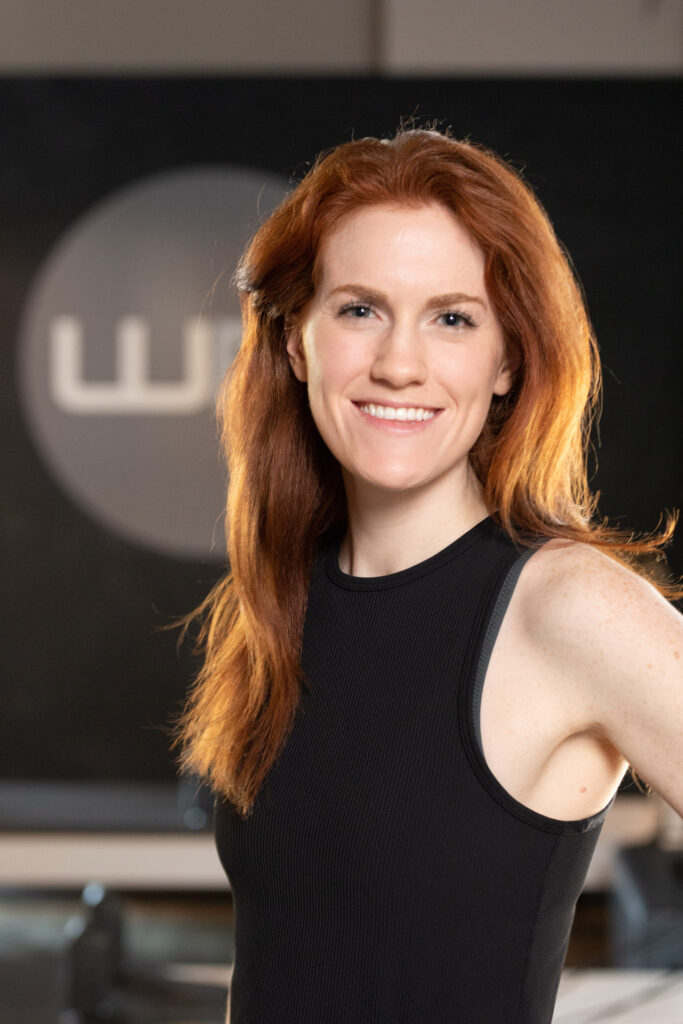 Bethany began practicing Pilates as a teenager in Lexington, KY. She has always loved exercise but she quickly realized that Pilates offered more. She loves that Pilates promotes holistic well-being of body and mind and that people of all ages can benefit from it. She appreciates that the Pilates method is gentle on the body yet challenging and full of variety. After attending college in Michigan and settling down in Northville to begin a graduate program, she decided it was time to pursue training to become a certified Pilates instructor. She completed her 450-hour training at Warehouse Pilates under the instruction of the incredible Brenda Freeman! Bethany has enjoyed the challenge of teaching and the creativity it requires. 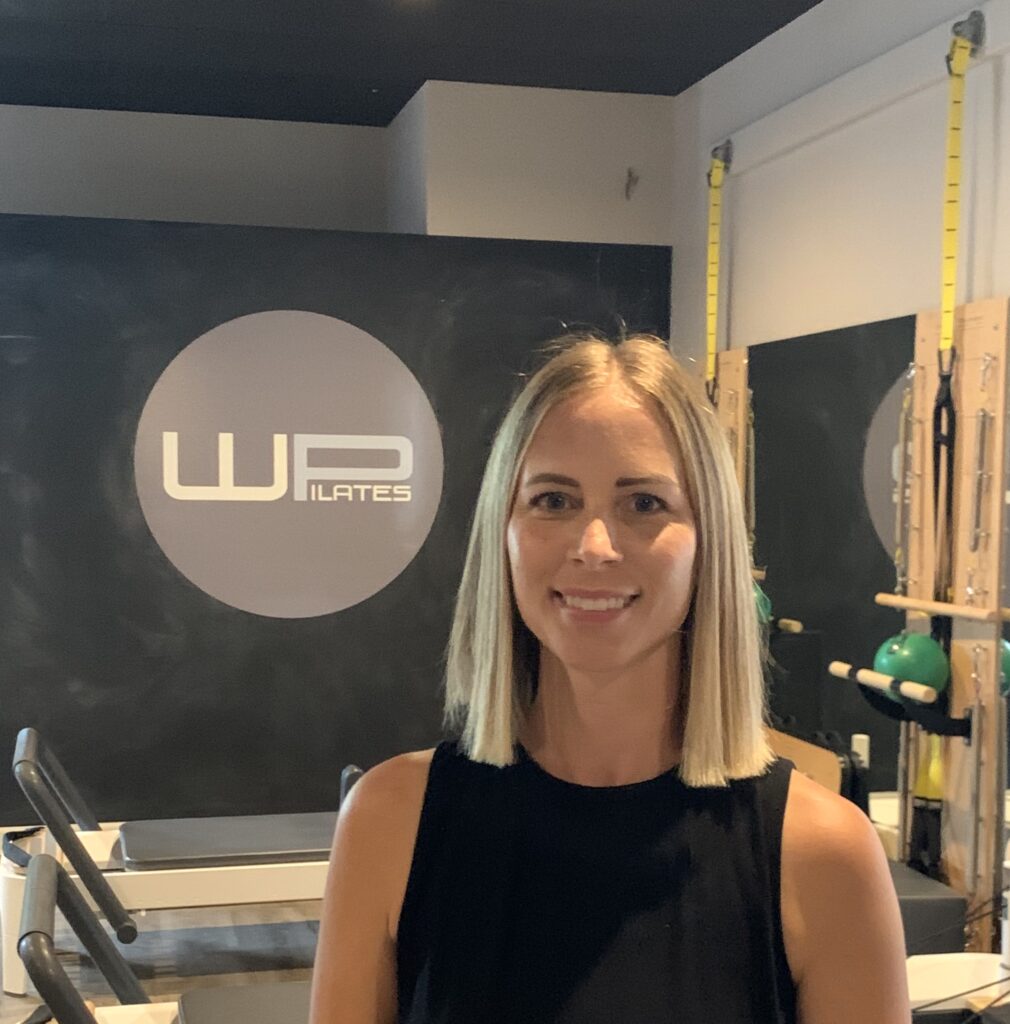 Instructor
Shantel first discovered Pilates as a form of rehabilitation for chronic shoulder pain. Within a short time, Pilates had transformed her body and mind and she was able to get back to activities she loved. Fascinated by the clarity and lightness that Pilates helped her discover, she developed a deep appreciation for mindful movement that she wanted to share with others. She is passionate about helping people feel their best through movement while making personal connections with each individual she meets. She is STOTT and Purebody trained and has recently become a small studio owner. When she’s not teaching, she enjoys traveling the world with her husband, spending time with friends and snuggling with her cat, Allie. 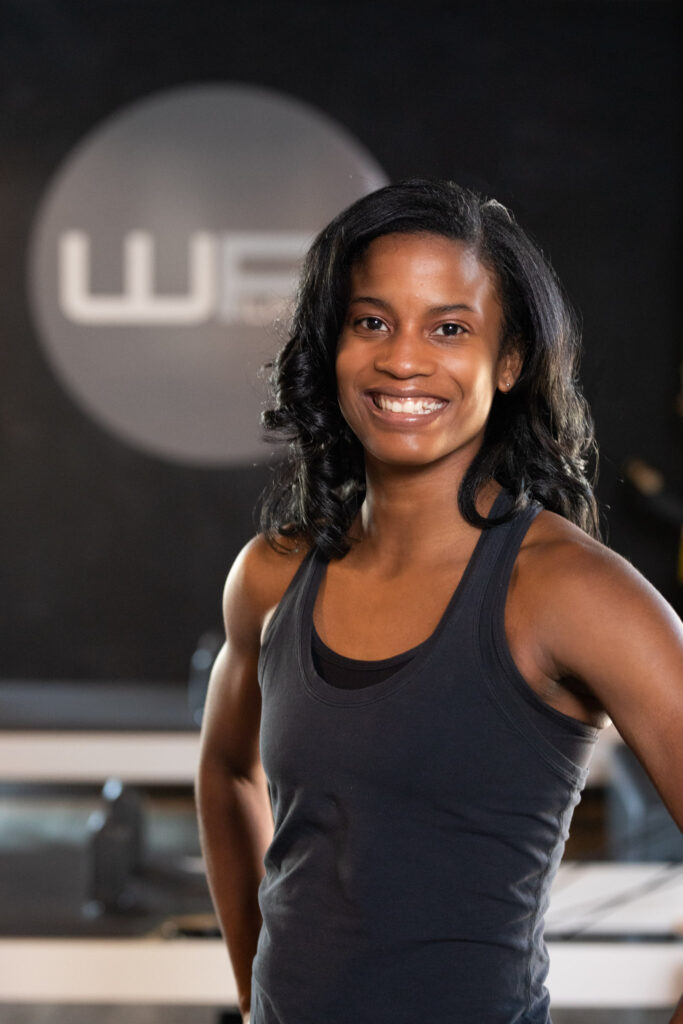 Michelle was first introduced to Pilates when she was a teenager. She was immediately drawn to the method because it complimented her dance training. She found that Pilates is a functional workout that helps you in everyday living. It challenges and improves both the mind and the body. This led Michelle to complete her 500-hour instructor training in 2014 and she has been teaching ever since. She enjoys sharing her passion for Pilates with her clients and helping them achieve their goals. She is known for providing creative, challenging sessions so that clients get the most out of each visit to the studio. Michelle loves music so you can always expect a good playlist that energizes your workout. 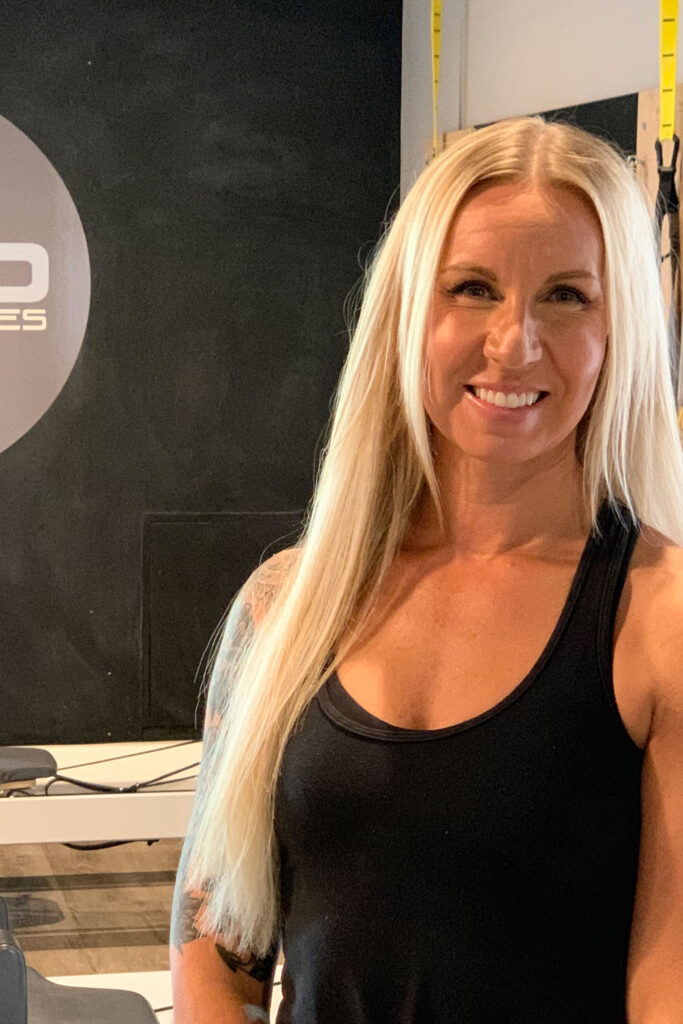 FIND A CLASS PERFECT FOR YOU

Check out our class schedule and join us.

FREE parking located in the back of
Northville Square